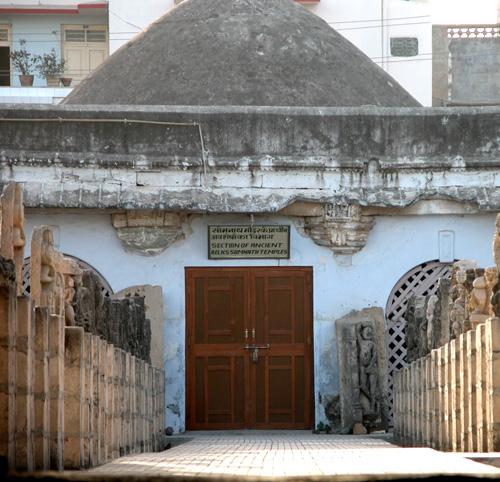 History of the Prabhas Patan Museum in Somnath

The museum is positioned at a religious place in Somnath known as Prabhas Patan. The name “Prabhas Patan” signifies the unification of the mythical Saraswati, Hiranya and Kapila. According to an ancient tale, the “Kalbhairav Linga” of God Shiva also lies at Prabhas Patan. This site also has an association with the moon. Moreover, the locals believe that the Moon (God) worshipped the Shiva Linga which is positioned here. 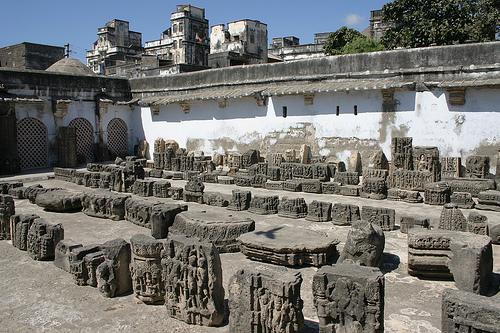 The museum comprises the remains of many olden temples which are in the form of a messy collection of ancient carved stones which are scattered in a patio. Prabhas Patan Museum also gives shelter to the art treasures of numerous ancient epochs. Besides these there are beautiful inscriptions in Sanskrit language, toranas of twelfth century, five domes, pious waters of various rivers, pillars, statues of the deities like- Vishnu, Natra Bhairava, Agni, Uma Maheshwara and Parwati (from 11th Century) and last but not the least are the “Stone Apsaras”. All these are quite impressive in order to enthrall the visitors and keep them coming back again and again.

The museum also houses an assortment of seashells and pottery shards. There is also a container made of glass which holds numerous bottles which comprise waters of different rivers like- St. Lawrence, Tigris, Plate, Danube, Nile, and Murray. Moreover, there also exists a collection of waters from the seas of Tasmania and New Zealand.

How to reach Prabhas Patan Museum from Veraval

This renowned museum is located on the right direction of the entrance of Somnath temple. From the temple it takes just 5 minutes to reach the museum. The Veraval station is the nearest railway station from Prabhas Patan museum and is well-connected to the other nearby cities like Junagarh. The distance of the museum from Veraval is approximately 7 km and depending upon the traffic condition it takes almost 10-12 minutes to reach the museum from Veraval.

The museum stays open for all weekdays except national holidays and Wednesdays.
The museum is kept open from 9 AM to 12 PM in the morning and again from 3 PM to 6 PM in the noon. 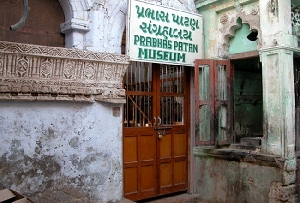 Places to visit near the Prabhas Patan Museum

The Junagarh Gate which is the main gateway to the temple town of Somnath, the Panch Pandav Gufa, Balukha Tirtha and the Somnath temple are some of the must-see places which you can visit once you come to see the museum.

For adults and kids: Rs 5 per person
For college or school students: Rs 1 for each student
For foreigners: Rs 50 each individual