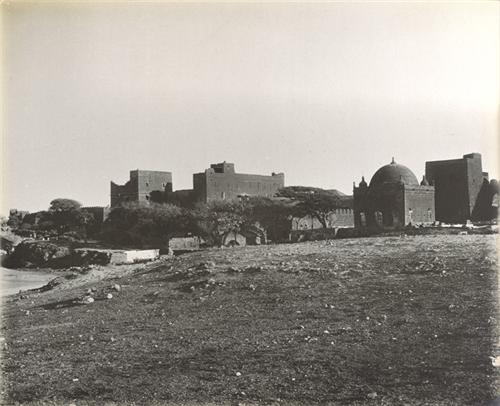 The history of Gujarat dates back to the time of Indus Valley civilization, whose settlements have been discovered in the region. Gujarat prospered as an independent Hindu- Buddhist state after the fall of the Gupta Empire. After the downfall of the Gupta Empire the place was ruled by the Maitraka dynasty and the Gurjara Pratihara Empire. Besides this it was also ruled by a Empires like Rashtrakuta Empire and Pala Empire. During 1297-1300 Gujarat was incorporated into the Delhi Sultanate by Alauddin Khilji the then Sultan of Delhi.

The Sultanate became weak after Timur’s invasion to Delhi at the end of 14th century. After this Zafar Khan Muzaffar, the Rajput Muslim Governor of Gujarat declared his independence and his son Sultan Ahmed Shah rebuilt Ahmedabad and made it the capital of Gujarat. Cambay obscured Bharuch as the most important trade port of Gujarat. The Sultanate of Gujarat enjoyed independence till 1576, when it got invaded and conquered by the great Mughal emperor Akbar and was included in the Mughal Empire. The Mughal Empire was defeated by the Marathas in the 18th century.

The land of Gujarat has witnessed many invasions including the Mughal, Maratha and the East India Company’s rule and played a vital role in the Indian national independence. The land is popularly known for being the home town of “the Father of the Nation”, Mohandas Karamchand Gandhi. Being popular for its ports, and Veraval being one of them, Gujarat has a glorious history.

Mughal Rule and its role in the Evolution of Veraval

The Muslims used to enter this part of the country mainly as sea-farers or traders till 1298 when they finally rooted themselves here. Zafar Shah who was a viceroy of Delhi sultanate fully took advantage of the contemporary conditions of Delhi and created an independent Sultanate of Gujarat. He was succeeded by Ahmed Shah who was the founder of the city Ahmedabad, named after him. Since then this city remained the capital until the state of Gujarat was formed in 1960. The capital was shifted to the new city Gandhinagar.

Ahmedabad has flourished and gained importance and stands next to Delhi. The next successor Mahmud Shah was an authoritative ruler successfully conquering most of the Rajput chieftains. Under him Gujarat witnessed a great progress and state-building activity. The decline of this Sultanate initiated with the defeat of Sikandar Shah. The last ruler, Bahadur Shah got defeated by the Mughal army who then established their rule in Gujarat that lasted for almost 200 years. The Mughal rule came to an end when Gujarat was invaded and won by the Marathas.

The Influence of the Maratha Rule

With the development of the cracks in the Mughal Empire in the mid- 17th century, Chhatrapati Shivaji, the great ruler of Maratha was preparing his army and attacked Surat twice in 1664 and 1672. These attacks ensured the entry of Marathas into the land of Gujarat. The Peshwas established their supremacy over Guajarat and collected taxes through their representatives. The Peshwa’s province was divided by Damaji Gaekwad and Kadam Bande between themselves. Damaji led the power of the Gaekwad to spread over Gujarat and made Baroda his capital.

The internal conflict among the Marathas paved the way for the British who trespassed into the matters of the Peshwas and the Gaekwads. The policy of Subsidiary Alliance as introduced by the British helped them to establish their supremacy over the states. In the disguise of helping the Marathas, the British paved their own way into conquering the whole province of Gujarat and eventually the whole country.

The Beginning of the Colonial Rule

The Portuguese were the first European power to enter the land of Gujarat that established their enclaves along the coast of Gujarat. The enclaves were formed in Dadra and Nagar Haveli and also Daman and Diu. The East India Company established their first base in Gujarat in 1614, but it became obscured by Bombay. The political authority of the Bombay Presidency ruled Gujarat.

The Dominance of Independence Movement

The Indian independence movement witnessed an active participation of the people of Gujarat. The land gave eminent leaders like Mahatma Gandhi,  Morarji Desai, Narhari Parikh, K. M. Munshi, Mohanlal Pandya, Mahadev Desai,  and Ravi Shankar Vyas to fight in the freedom struggle. After the independence and the partition of India, Gujarat’s princely states were grouped into three groups by the new government of India, namely Saurashtra, Kutch and Bombay State. In 1956 the Bombay State was expanded including Saurashtra, Kutch and parts of Hyderabad and Madhya Pradesh. On 1st May, 1960 the Bombay State was divided into Gujarat and Bombay.

Veraval - an Important Port in Gujarat

Located by the side of the Arabian Sea, Gujarat has always been an excellent location for trading. Thus a number of ports were established by the coast of Gujarat. Ports like Bharuch, Cambay (present Khambat), Veraval have immense value in the history of Gujarat. Veraval is head-quarter of Gir Somnath District and a municipality in Gujarat.

Changes with the Passage of Time

Founded in 13th or 14th century by a Rajput, Rao Veravalji Vadher, Veraval was once an exhilarated port town of Junagadh’s royal family. The city of Veraval still has some remains of the old Nawabi heritage and the Nawabi summer palace is one of them. The Junagadh gate and Patan gate still looks impressive but need proper maintenance.

The old walls of the port are now in a bad state.  The Nawabi palace has gothic features but was converted into a college called the Somnath College as soon as the Nawabs left the place. It harbours a Sanskrit university at present. The town is also famous for the Somnath temple and the pilgrimage centres of Bhalkha and Prabhas Patan. It is also near the famous Gir National Park.

Before Surat became a prominent port, Veraval was the prime sea harbour for the pilgrims going to Mecca. Now it has turned into one of the largest fishing port of India. The fishing boats built here are being made without the usage of any instruments, except a tape-measure. Savani village is a historical place located nearly 25 km away from Veraval.