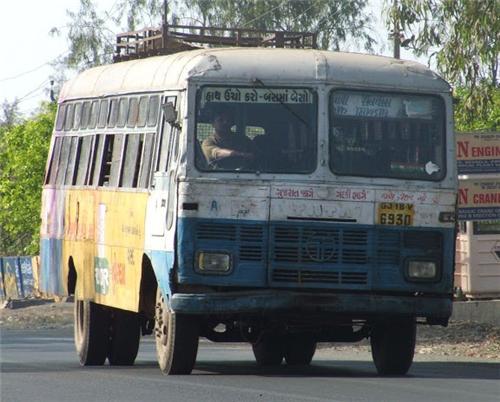 Recognized as the headquarters and municipality of the Gir Somnath district, Veraval is an amazing place in Gujarat, India. Known to most as a fortified town for the royalty of Junagarh, the ports in Veraval are bustling and are beautiful. It had been an inseparable part of Junagarh until 1953 when Junagarh no longer remained independent and merged with India. Some of the Nawabi influences still remain in the nooks and corners of the region which bears the stamp of the erstwhile golden era.

Some also regard Veraval as the Gateway to Somnath Temple which is the chief attraction of the region. Veraval is connected with many cities around it through road travel. The network of buses makes it very convenient for tourists to come to the region to experience some of its charm.

Veraval welcomes buses from many cities from within the state. To avail the many attractions of the region, people come from far and wide; some to enjoy the Nawabi forts and palaces with its vivid gothic influences while others to take a look at the Somnath College which had been converted out of a palace. The fishing port and the pristine beaches are also some of the very compelling reasons to visit the municipality. The bus stop here remains a crowded place with tourists flocking in and out of the region as travel by road is greatly favored here. It is located opposite S.T. Stand Main Gate. 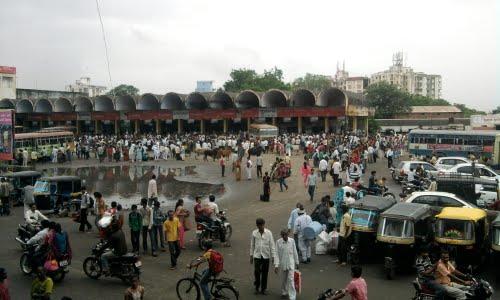 Buses from Veraval to Ahmedabad

There are many buses that ply between Veraval and Ahmedabad. The standard rates seem universal for all at 270 rupees for non ac sleeper classes. The journey takes about 8 hours and buses mostly start by the night and make you reach your destination by the morning.

Buses from Veraval to Anand

There are about 3 travel agencies that facilitate buses between Veraval and Anand. The price per ticket is Rs. 470 and the distance is covered in 8 hours and 45 minutes. Departure timing from Veraval is between 6 and 7 in the evening and takes passengers quite comfortably to their destinations.

Buses from Veraval to Rajkot

Veraval to Rajkot takes about 4 and a half hours and there are several points of boarding for passengers including Badodar, Santi Para Pati Kinarva Patiya, Shupati and near Rail Engineering Hostel. The departure time is at 7:30 pm and the price range for the bus tickets is between 350 and 400 rupees.

Buses from Veraval to Surat

Taking about 15 and a half hour, the bus leaves at 7 in the evening with the price per ticket at 500 rupees.

Buses from Veraval to Vadodra

Veraval to Vadodra is covered in about 11 hours and 45 minutes, give or take half an hour and the price per ticket for tourists are from 390 to 470 rupees. The buses are non ac sleepers which offer comfort while the journey is done mostly in the night.

Booking can easily be done online and also through the counters. The buses provide the cheapest means of travel in the region.