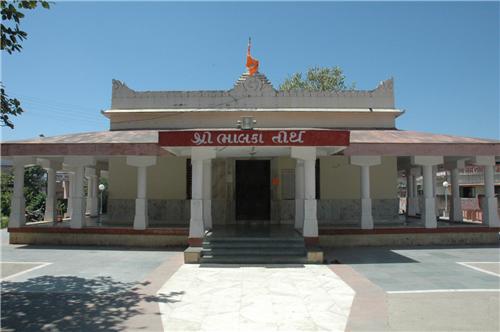 Positioned on the shorelines of Arabian Sea, the silent city of Somnath is one of the most notable pilgrim centers of India. This pious city is situated at a distance of just 6 kms from the city of Veraval in Gujarat. According to the historical evidences this archaic town was invaded by the renowned emperor Mahmud Gazni. Mahmud Gazni looted the various affluent temples of Somnath and carried all the riches to his country. This temple town was demolished numerous times and every time it was reconstructed by the Hindus.

Thousands of pilgrims and tourists throng this devout city every year. Veraval being the nearest city to Somnath becomes the first preference of the tourists for accommodation. Moreover, Veraval offers a plethora of options when it comes to accommodating an abundance of tourists. Among the various religious places in Somnath the Bhalka Tirtha is worth a mention. Devotees from all over India make sure to witness the glory of this place when they come to Somnath.

The Bhalka Tirtha is located about 5 kilometers away from the Veraval Highway. As per the sagas, once Lord Krishna was resting at this place under a banyan tree. At that time a hunter called “Jara” was running after a deer. Suddenly this huntsman saw the soft and pink foot of Krishna and mistook it as a deer’s foot and shot at once. Shri Krishna was seriously wounded by this sudden attack; however he still pardoned that hunter. At this very place a temple was built in the veneration of Lord Krishna. This temple is famous as the “Mahaprabhuji’s Baithak” and a “Peepal” tree was also planted here to indicate this site. A blue colored statue of Shri Krishna can be seen inside this temple. Just beside the statue of Krishna one can also witness an idol of the hunter “Jara” in sitting position joining his hands and asking for exoneration. 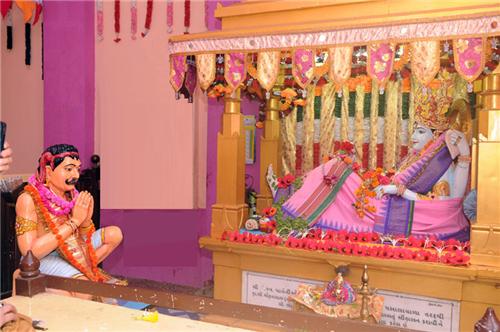 Recently the Central Government has taken control over the renovation work of this temple and the surrounding area. After getting acutely injured by Jara, Shri Krishna went at the sacred union of 3 rivers (Hiran, Saraswati and Kapil) known as the “Triveni Ghat”.

The intricate temple at Bhalka Tirth is devoted to Shri Krishna. This sacred temple depicts the various achievements of Shri Krishna as well as his preaching’s given to Arjuna in Bhagwad Geeta.

How to reach Bhalka Tirtha from Veraval

There are a number of private as well as State Transport buses that can take you from Veraval to Bhalka Tirth. The distance between Veraval and Bhalka Tirth is 5 kms and it takes hardly 5-10 minutes to reach Bhalka Tirth by bus.

Those who are coming to visit Bhalka Tirtha from the neighboring cities of Veraval can get down at the Veraval Railway Station and from there they can take a taxi or bus to reach Bhalka Tirth.

This devout spot remains open for the visitors on all the days of a week. The opening time of Bhalka Tirth is 6 AM in the morning and it closes by 9 PM at night.